DRIVE A Nissan GT-R ON OUR RACETRACK!

"The Nissan GT-R Premium is an astonishing well-rounded car with the perfect amount of power and torque available at your fingertips. It’s mostly calm, cool, and collected, but it likes to play as well, which makes it a very amusing car out on the racetrack."

Also known as “Godzilla,” the Nissan GT-R Premium is a beast of a machine that delivers remarkable performance.

Since the Nissan GT-R first emerged in 2007, the car that flipped the supercar world on its back has been vigilantly matured and tuned, and now standing tall in 2018 is the third evolution. Nissan GT-R engines are constructed by only one mechanical specialist from beginning to end. read more >

Not much has changed with the basic specs as the prior version of the GT-R also had a 4.8-liter, twin-turbo, 24-valve V6. However, there is evidence of improvement in horsepower and torque. Looking at one of the first models in 2009 the horsepower ranged from 430 to 480 and reached 0-60mph in 3.5 seconds. Today the supercar giant killer produces 565 horsepower and can go from a standing start to 60 mph in only 2.9 seconds. This dream car still operates on an all-wheel drive system with a single transaxle and differential, mounted in the rear. The Nissan GT-R Premium has a dual-clutch 6-speed sequential gearbox with a total of three different drive modes including normal, save and R-Mode for the upmost performance. Sitting in the driver’s seat, this GT-R checks all the right boxes. The engine and gearbox are connected by a carbon-fiber prop-shaft making it feel more like a mid-engine GT instead of the front engine coupe it is.

On track, the dual intake exhaust mechanism plays a beautiful melody and when switched into R-Mode, the sequential gearbox preselects the next gear to fabricate upshifts faster than a blink of an eye, antagonizing you to drive harder. All thanks to its assembly, the Nissan GT-R Premium suspension presents tons of grip through the corners. Squeeze the throttle at the apex and the butt will slide and you’ll hear the tires scream with joy while still maintaining full control. The Nissan GT-R Premium is a driver’s dream that deserves the upmost recognition.

WHAT TO EXPECT AT VEGAS SUPERCARS

With an incredible selection of the best supercars on earth, our friendly and experienced team will guide you through your entire experience from start to finish.

YOUR EXPERIENCE
1
RegistrationWhen you arrive, you will be instantly greeted by one of our smiling faces.
Our staff is happy to assist you through the registration process to ensure that things run smoothly.
Note: please be prepared to provide your valid driver’s license at check-in.

2
Interactive BriefingYou will be carefully instructed on how to handle a supercar using the proper driving techniques and safety procedures around our racetrack.
3
Discovery LapsGet to know the track with 2 complimentary discovery laps in a Porsche Cayenne.
4
Supercar Driving ExperienceGet behind the wheel of a powerful supercar on our racetrack.
5
Treasure your ExperienceMake this experience more than just a memory with an Awards certificate and/or On-Board HD video.
1
2
3
4
5

When you arrive, you will be instantly greeted by one of our smiling faces. Our staff is happy to assist you through the registration process to ensure that things run smoothly. Note: please be prepared to provide your valid driver’s license at check-in.

You will be carefully instructed on how to handle a supercar using the proper driving techniques and safety procedures around our racetrack.

Get to know the track with 2 complimentary discovery laps in a Porsche Cayenne.

Get behind the wheel of a powerful supercar on our racetrack.

Make this experience more than just a memory with an Awards certificate and/or On-Board HD video.

INFORMATION
Accessible To All No prior experience necessary to drive on our racetrack.
All cars can be driven either as fully automatic or with paddle shifters.
One-On-One Coaching A helpful instructor will coach you throughout your driving experience.
Dresscode, Helmets & Insurance Comfortable clothing and closed-toe footwear required to operate any of our vehicles.
Helmets are provided on track at no cost. Insurance is included.
Driver License & Age Valid driver's license from any state / country required. Must be 18+ of ages.
Driving Center & Guests Driving Center with premium facilities and gorgeous panoramic viewing terrace.

WHY WE ARE THE BEST
Best Prices in
Las Vegas


We offer the most competitive rates in Las Vegas and we also provide a five-star service with the newest fleet of supercars!


Not only you will get an in-depth classroom briefing, but we also provide you with 2 free track discovery laps in a Porsche Cayenne.


Our 1.2-mile racetrack is accessible to every level of drivers and was designed by experts especially for supercar driving experiences.

Close to the
Strip


We are located only a few minutes drive away from the strip. A complimentary shuttle is available.

With a selection of Ferraris, Lamborghinis, McLarens, Porsches and many others, we offer the largest fleet of supercars in Las Vegas!

Our professional racing instructors will make sure you have the best supercar driving experience of your life!

It’s not a coincidence that more than 150,000 clients have driven with us and that every celebrity in town stops at our racetrack! 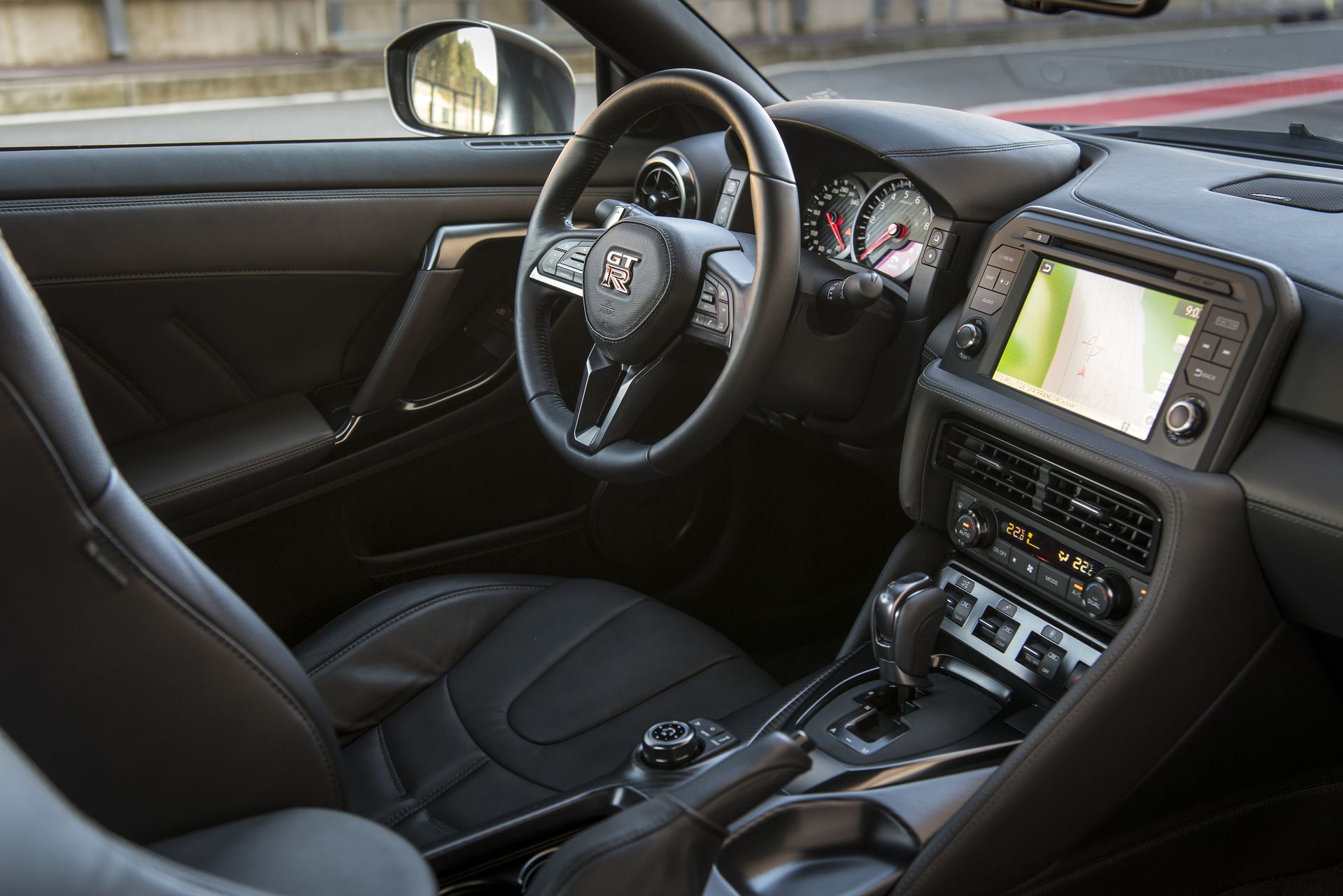 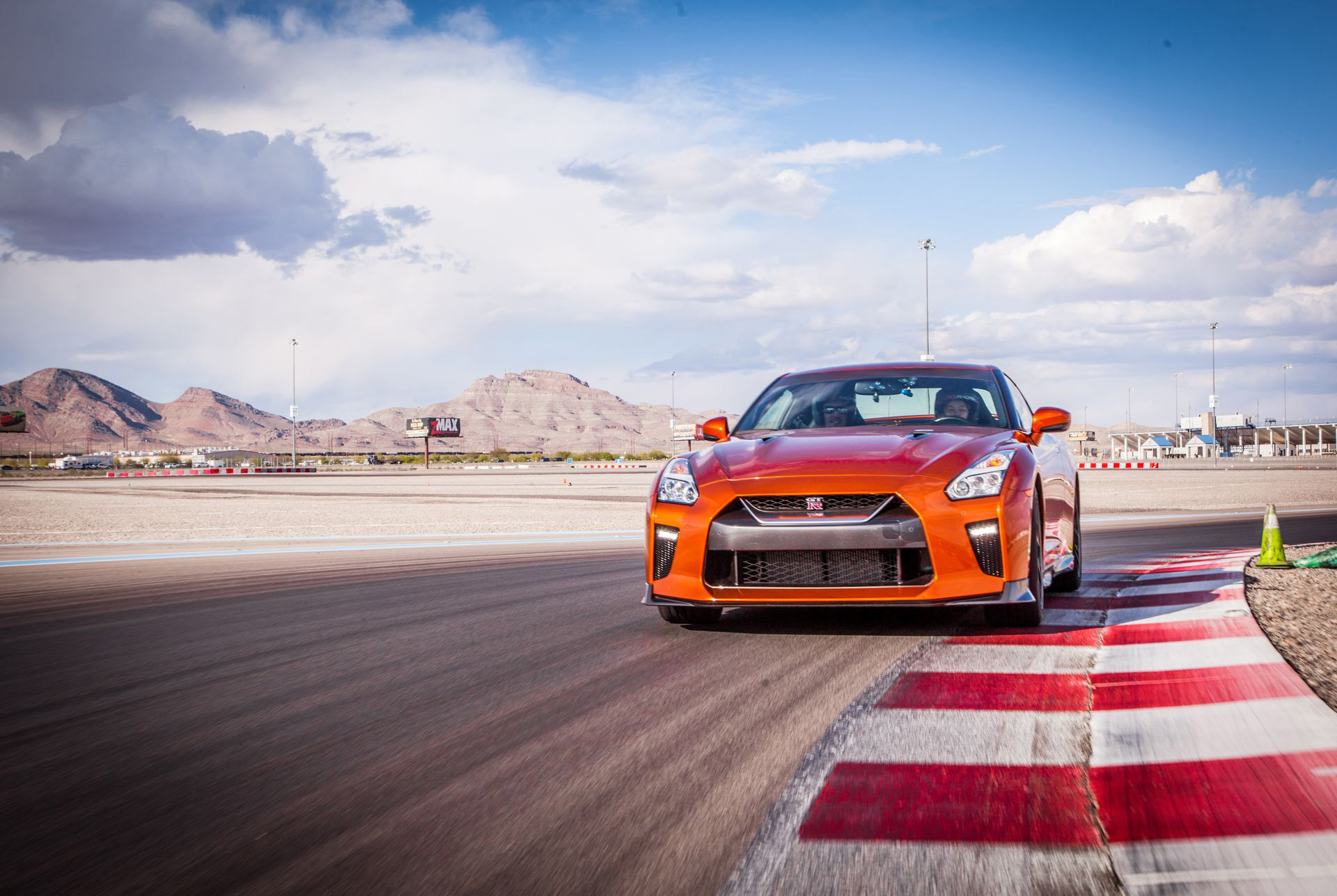 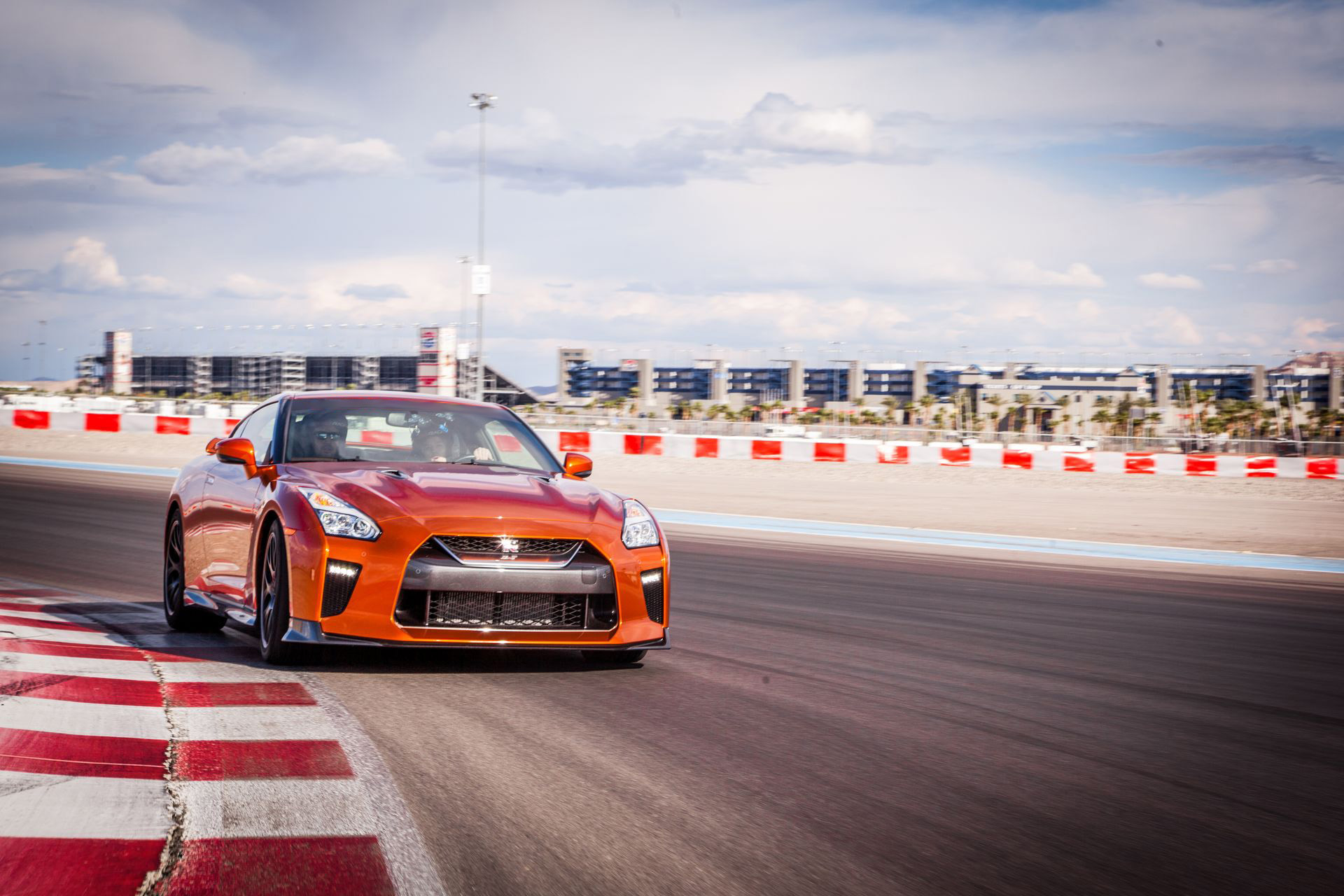 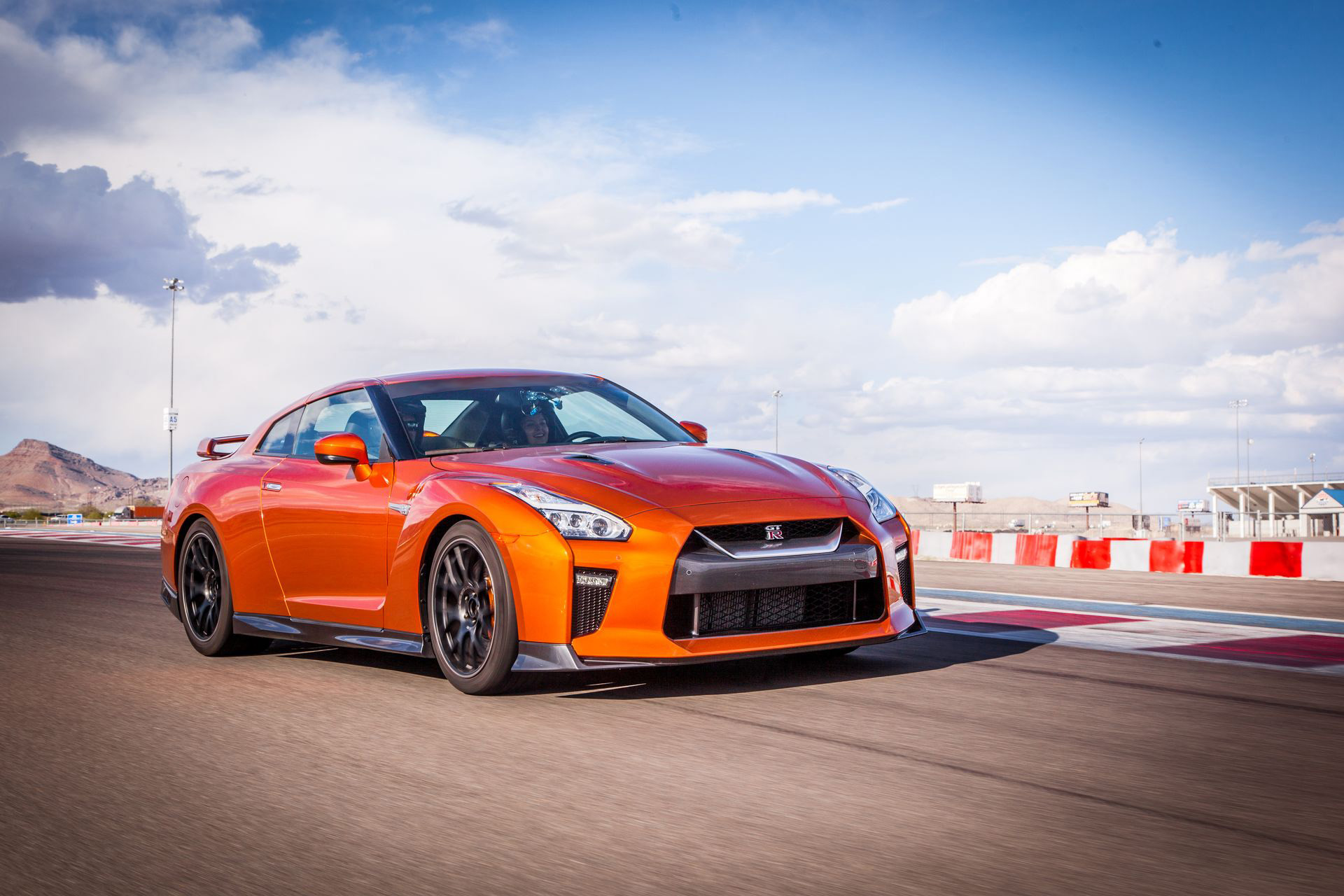 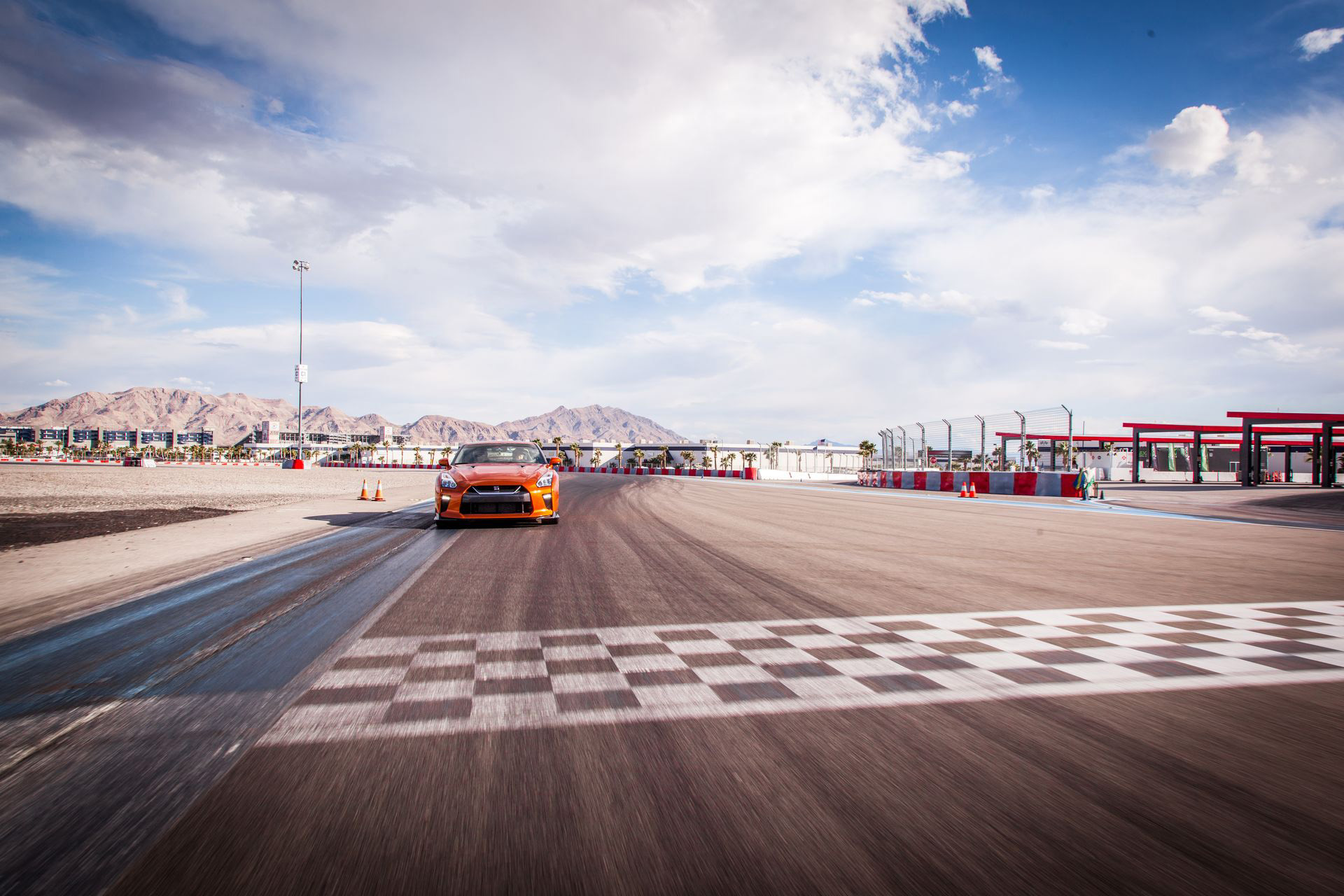